Updates: Still teaching at the same school. Now I've got my own Modern History class, as well as 9 and 10 musics and a 10 sose class.
Work is hectic at the moment as there is lots of marking to be done.

Getting married in September this year :) on International talk like a pirate day! Proposed in March 2008 to L. We've been living together in an apartment in the city since March :) (one year of living together anniversary tomorrow!)

Dropping out of youth leading this year, things getting a bit too hectic, but still going back from time to time. Leading Lazer (older youth sunday school) on the weekends as a part of a three person team.

Realised I am slightly left-wing in my political philosophy! huzzah! Also, have affirmed that I am not a literal interpreter of the Bible. Also huzzah!

Am currently playing Viola with the Brisbane Symphony Orchestra, several concerts a year!

Have kept playing WoW and seeing friends when I get the chance! and am into facebook :) add me! (I think im already friends with Nathan)

So, what has life taught me these last two years?

1) Saying No is ok.
2) to stand up for myself if I'm being mistreated with no justification.
3) That I love L.
4) That love has many faces and that it can be hard, but ultimately worthwhile.
5) That relationships with real friends stay the same no matter how long it has been since you saw them
6) The world can be a cold, dark, and unfair place where greed, ignorance and anger drive many to mistreat eachother.
7) That the role of a Christian should be to be a conduit of love in your community. To teach others how to show love in their lives, and how to care about people besides themselves.
8) That our apartment is indeed not very well ventilated!
9) The older I get the more i value what has gone before. yet, i can't but help looking forward :)
10) The birth of many children of my friends is a blessing to them and me, but has also shown me I'm not yet ready for that :D
11) Education is still the key to greater opportunity and better standards of life.

My love to all out there :D

After all sorts of strange rituals involving hot poky things and several sacrificed chickens (or was that several trips to KFC...i forget).
I'm back thanks to Kelly (now you all have a target to blame!)

So, what Have I to say after almost a year of non blogging?
surprisingly not much.

Well, technically I'm teaching Music, with one English class on the side!

Teaching is not a 9-3 job, as some out there would like to promote...
I am tired, but still have much to do... and maybe writing things down again will help out! or genearlly help me to procrastinate more? hmm.. im sure something will make sense, because so far none of this does!

I'm now teaching at a High School in the South of Brisbane, I'm not gonna type the name of it for fear that some of the kids will track down who I am... which may happen already! but hey.
It's a good school, a new school with lots of resources, located in a lower socio-economic area. Kids are interesting and make you lose sleep and hair. I have had many a violent thought that can only be quelled by shutting myself in a classroom and playing piano after the class is gone.

I still love my music, but am finding that these days i am doing hardly any.

Maybe my friend K has the right idea... wonder if there's any money in composing... :P

or flying planes.
Thats one thing i'm now interested in. I'd love to fly a plane commercially. be a pilot. Captain Sam. hehe.. cool.
But apparently IM TOO TALL.
sigh..

Oh great. now I put another song into my head :D

Well, with Josh and Amy's Wedding out of the way, it's now time to accept the fact that Im actually leaving the country 3 hours from now :D how cool is this! I dont think it's really sunk in yet! but hey!!

You can keep track of my adventures on this site:

yes yes, i realise Laura isnt my name. thank you for pointing that out :D but Laura is my girlfriend, and she's said we can blog on the same Diary to save the effort of me setting up another blog! I mean... after ALL the effort that's gone into this site ;) (/end sarcasm)

But yeh, Hopefully We'll keep you all updated! dont be strangers! (or stranger than you are already :D) bloody Kiwis ;) and good luck to Michelle and Adam! gettin married in December I hear? We need photos ;D

The Road to hell is paved with good intentions...

You know, I thought something I planned had gone well. How come it managed to be a disaster in the end again?
Sigh. I dislike when things blow up in my face. The smell is hard to get rid of! :P

Possibly the funnies thing on the net

Ok, its a big call, but not many things can make me laugh out loud (literally) after a long hard depressing day!

THese sites are they!
Ask a Ninja
this one is hilarious. Like blatantly just hilarious! watch it! now!

Hope is Emo
by the same people, not AS obviosuly funny, but its funny in an ironic parody kinda way :D awesome stuff though!

Check these out now! i kid you not! DO IT!

Quote of the Moment

"Be who you are and say what you feel, because those who mind don't matter and those who matter don't mind."
Dr. Seuss


Blogs I would reccomend reading on a regular basis! :) Good Procrastination, and they all have Philotas's official stamp of approval. (wish theyd give it back. i need that stamp! it was my last one dammit!)

"It is sleep and sex which, more than anything else, remind me I am mortal" 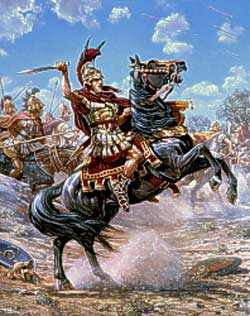 "I do not fear them - I pity them. You know why? Because Most people never know anything beyond what they see."

The fact is that camels are far more intelligent than dolphins. Footnote: Never trust a species that grins all the time. It's up to something.

âA man tells his story again and again, so many times that he becomes the story. And so, when we retell the story the man gains immortalityâ

I believe there's a hero in all of us. Gives us strength, makes us noble. Even though sometimes, we have to give up the thing we want the most.
May Parker - Spider-Man 2

So he ordered. And they obeyed the lord Zeus the son of Cronos. Forthwith the famous Lame God moulded clay in the likeness of a modest maid, as the son of Cronos purposed....And he called this woman Pandora (because all they who dwelt on Olympus gave each a gift), a plague to men who eat bread.
- Hesiod Works and Days 69-80 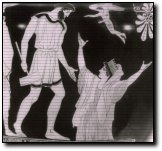 "...So you're saying that churches need to provide better sects education?"
- The Transformer -

A single thread in a tapestry
though its color brightly shines
can never see its purpose
in the pattern of the grand design
and the stone that sits up on the very top
of the mountain's mighty face
does it think that it's more important
than the stones that forms the base
So how can you see what your life is worth
or where your value lies
ohhhh, you can never see through the eyes of man
you must look at your life
look at your life through heaven's eyes

Heaven's Eyes - The Prince of Egypt
for the rest of the lyrics, click on the image above :)

Clothes make the man. Naked people have little or no influence on society.
- Mark Twain

"They do say, Mrs M, that verbal insults hurt more than physical pain. They are, of course, wrong, as you will soon discover when I stick this toasting fork into your head."
Edmund Blackadder -
Blackadder III - Sense and Senility

Woody Allen is a very funny guy! I couldnt just put only 1 quote in!


"I am not afraid of death, I just don't want to be there when it happens."

"What if everything is an illusion and nothing exists? In that case, I definitely overpaid for my carpet."

"I believe there is something out there watching us. Unfortunately, it's the government."

"And you, who once were alienated and an enemy in your mind by wicked works, yet now I have reconciled in the body of My flesh through death, to present you holy, and blameless, and abover reproach in God's sight."
"Unworthy, Unworthy!" Rayford Cried. "Justified By Faith," Jesus said. "Justified."

Much thanks to Fraser here! ^_^

Only two things are infinite, the universe and human stupidity, and I'm not sure about the former.
Albert Einstein

Outside of a dog, a book is man's best friend. Inside of a dog it's too dark to read.
Groucho Marx

There is not enough darkness in the whole world to extinguish the light of one small candle.
Spanish proverb

"I Think I'll Sleep through tonight. I wont be up to Milk the Cows tomorrow."

- My Grandad's Last Words. To a Nursing home attendant tucking him in.
"We are here on Earth to do good to others. What the others are here for, I don't know."
W H Auden

"You need it so you don't forget. Forget that there are places in the world that aren't made out of stone. That there's a - there's a - there's something inside that's yours, that they can't touch. That's the beauty of music. They can't take that away from you."
- Andy Dufresne - Shawshank Redemption

"So many of our dreams at first seem impossible, then they seem improbable, and then when we summon the will, they soon become inevitable."
Christopher Reeve
A Superman. on and off screen.
1952-2004

Confucius said,
"Meet the virtuous and think how to be their match. Meet those not virtuous and examine yourself."

"If you choose the quick and easy path, as Vader did, you will become an agent of evil."
Yoda - Star Wars: The Empire Strikes Back

"All Dwarves are by nature dutiful, serious, literate, obediant and thoughtful people whose only minor failing is a tendency, after one drink, to rush at enemies screaming 'Arrrrrrgh!' and axing their legs off at the knee.
Terry Pratchett - Guards! Guards!

"What's the truth? the magic, or the science?
"Tomorrow the sun will come up. You can tell me all the reasons of science that it does come up, the orbital mechanics, all the laws of thermodynamics. And I can say that it will come up because it is meantto come up. I see no contradiction. do you?
Amazing Spider-Man #508

"Jesus said go into all the world. And this includes pubs. He didn't say sit in your church and wait for people to come to you."
Malcolm Willis, Bradford Christian Pub Consortium (UK)

"Cogito Ergo Sum" - I think, therefore I am
- Attributed to Descartes

"Everything here is edible. I'm edible, but that my children is called cannibalism and it is frowned upon in most societies"
- Johnny Depp as Willy Wonka